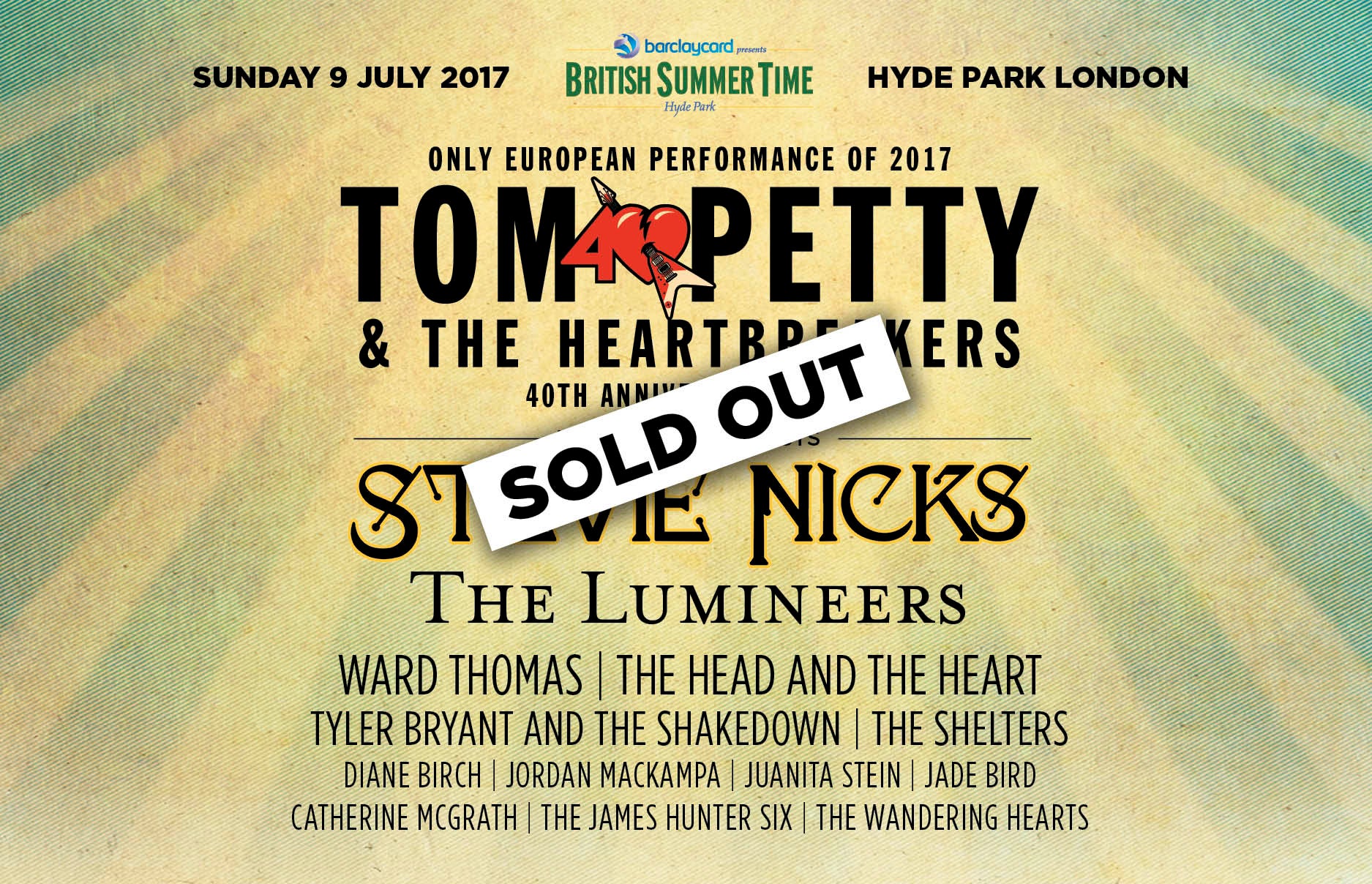 It was Side A all the way when Tom Petty played the BST festival in Hyde Park on Sunday.

"We're going to look at the show like it's a giant one-sided vinyl," said the star, "and we're going to drop the needle all up and down the record."

The set included nearly two dozen classics, such as Free Fallin', I Won't Back Down and Learning To Fly.

Stevie Nicks joined him halfway through the set for a special version of their 1981 hit Stop Draggin' My Heart Around.

Tom Petty's set was equally nostalgic, opening with footage of his band, The Heartbreakers, playing on the BBC's Old Grey Whistle Test.

The concert marked the 40th anniversary of the group which has, incredibly, retained almost all of its core members over the years - embellished on this tour by the gossamer harmonies of British singers The Webb Sisters.

On stage, the set-up was simple: just a bunch of amps, a few illuminated globes and an ever-changing parade of guitars - but that's because Petty never needs to distract the audience from the music.

His catalogue is so strong he can dispense with encore-worthy material like You Don't Know How It Feels and Free Fallin' in the first 30 minutes; prompting an enthusiastic singalong from a British audience who rarely get to see the band play (Petty last visited the UK in 2012, and before that in 1999).

And their response was so overwhelming that this most well-seasoned of bands was occasionally taken aback.